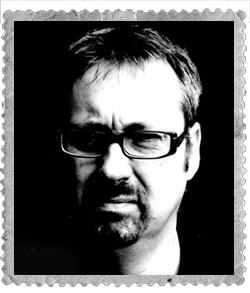 It was Errands Day and THE CONSULTANT had picked Bill to do the errands on account of his special joke that somebody laughed at. “TAKE DOMINIC WITH YOU AS WELL” said THE CONSULTANT, “HE CAN HELP YOU CARRY THE GOODS, AND HE NEEDS WALKING.”
“Not ruddy likely!” said Bill and sped out of the door before anyone could stop him.
Last time it was Errands Day, Dominic had accidentally exposed himself in the shops and had to be driven home by a stranger and put to punishment in disgrace.

Secretly Bill was pleased that he had been picked. He loved to look at the ingredients on the packets and imagine he was eating them all up.

Walking back home it started to fucking piss down with rain. Bill didn’t mind one bit. He was wearing his special coat. Before too long the rain had made the contents of the goods bag all soggy.

When Bill arrived back home he was met at the front door by THE CONSULTANT who announced “WELL, WELL. LOOK WHO’S HERE! IT’S THE ERRAND BOY! I’VE GOT SOME MORE ERRANDS FOR YOU!”

Foolishly, Bill had been given the task of fixing the television set. THE CONSULTANT told him to make sure he had rinsed all the dust off until it stopped showing the creation of the universe, because “NOBODY WANTS TO SEE THAT.”

“AND WHAT DO YOU THINK YOU’RE DOING?” asked THE CONSULTANT.

THE CONSULTANT frog-marched Dominic to the room where Bill was now humming his special mending song.

“I’D HARDLY CALL THAT FIXED! I’M GOING TO FIX YOU!” said THE CONSULTANT in a voice so spiteful that it frightened Bill. He quickly picked up all the pieces he had scattered over the floor and shoved them back in to the television set.

Later that same day when Miss Swift turned on the television set it made a sound so beautiful that she started to cry.
This made THE CONSULTANT laugh so much that Bill was no longer in trouble. “I THINK YOU CAN BE ERRAND BOY EVERY TIME IT’S ERRANDS DAY!” he said to Bill and gave him a friendly-ish slap on the back of his head.

This made Bill very happy, and he set about making some legs for his Television Organ.