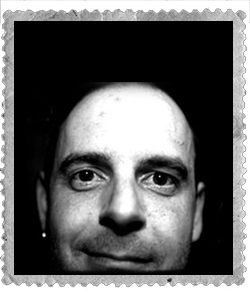 Yes she did! A British magazine held a competition and the prize was… you guessed it… a kiss from Bob Leith! And the lucky winner was Anna Biese from Colchester.
She was driven down at the magazine’s expense to London where she would meet Babba at a ‘secret’ Location known only to Babba himself, and the driver of the car. When she got there… well, we’ll let Anna take the story over…

“It was weird. I mean really really weird. I thought it might be like a dream come true but I felt very ill on the day so I wasn’t my best, and like I say, the whole thing was very weird.

“The driver of the car didn’t speak to me for the whole journey, and when he did manage to grunt a few words he was very offish with me and threatened to drive back to Colchester at one point.

“We arrived eventually at what I can only describe as a messy park. The driver walked me over to where we were supposed to meet, and to his credit, he did carry my bag. We waited by a very dirty pond but luckily the sun came out which cheered things up a little. The driver tried to tell me (wow! He can speak?) about his septic wrist but I was too distracted to listen. Not only was I about to meet Babba, I was about to kiss him!

“Then my dream came true! There he was holding my hand! He didn’t stop looking me in the eyes! He didn’t say one word and I was like jelly!

“What seemed like an eternity passed and the sun went back in and it went very grey. The driver kept on coughing and this brought back my feelings of illness. I realised that I was cold now and Babba didn’t take his eyes off of mine for one second. He didn’t say a word and I don’t think he blinked even once! I don’t know what all those people who say he’s got spots are talking about. When I met him he didn’t have a blemish on his face…

“I first saw him coming when the driver sat himself down on my bag. He came straight over and looked at the driver for what seemed like ages. He kissed him on the cheek and then it was my turn.

“I could hardly believe it. There he was staring at me, my stomach felt like a hundred butterflies had taken off at once. A police car raced by with its siren blaring very loudly. I wasn’t used to London and I felt very uncomfortable again and the driver wouldn’t go away. Babba took my hands, his hands felt slightly rough and wet over mine, but strong and firm. My hands were sticky as well as I was feeling very ill remember? But he didn’t seem to mind. He just kept those eyes fixed on mine and very occasionally at the driver who’d taken his jacket off and put it around Babba’s broad shoulders. ‘Come on!’ the driver said in a sort of friendly-ish voice. I felt Babba’s hands squeeze mind a little harder, drawing me closer to him.

“I felt like I was in a dream! More like a faint. His lips went all thin and I could feel the strong muscles of his chest and his arms as he wrapped around my neck and head. I could see his tight lips trying to say something.

“I looked up. And there he was. Those eyes, only inches away from mine, his nose… and his lips gone all thin. He pulled his arms tighter around me and drew me over to his kiss. I gazed down at the ground and then… “puppa puppy pappa puppy” he puffed at me. “pappa puppy pappa puppy” over and over again against my face. I could hardly believe what was happening. I had to pull away for air. Was this a dream? I didn’t feel very well but I was in heaven in a funny sort of way.